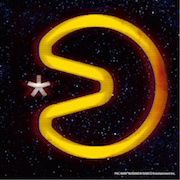 For more details in Japanese

Comments
++++++++++
We have collaborated on many projects since we met Hironori Sugie, the genius creator who we collaborated with working on the opening theme for the long-running NEWS ZERO program.
When the song was completed, I thought, “Oh, I want to hear this song in his video!” So we asked him, who is a very successful filmmaker, to help us with this project.
Ladies and PAC-MAN” were born, a film that breathes a new concept into the world of PAC-MAN.
Takeshi Nakatsuka
++++++++++
I created this work with the theme of dance and fashion, imagining a night of dancing around the world of PAC-MAN.
The 80s, when PAC-MAN was born, seems strangely futuristic when you look at it now, and I tried to visualize that future in my paintings while keeping in mind the visualization of sound.
The more I listen to Nakatsuka’s music, the more detailed it becomes, and the more I discover something new. This song is very much the same.
I put that kind of precision into every part of the painting. I would be happy if you could watch and experience it while feeling this.
Hironori Sugie
++++++++++

Comments from Towa Tei and Schadarapar’s SHINCO have also arrived on the release of this album!

“The game is so simple, and yet, 40 years later, PAC-MAN still attracts people around the world. I’m amazed all over again at this fact.”
SHINCO (Schadarapar)