Before the 40th anniversary of PAC-MAN’s birth compilation album will be released in the fall of 2020.

The third installment of the distribution has been released. 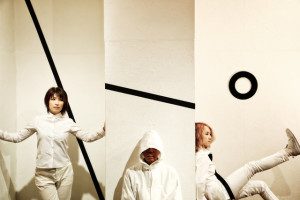 They have been playing in a unique musical style absorbing post-rock, new wave, techno, etc. since the ’90s. The band continues to perform worldwide to this day.

The new song [Dots In The Maze] inspired by the PAC-MAN sound, is it’s a pop, cute and cool song that is full of Buffalo Daughter’s style.

Furthermore, the song was created while playing the Pac-Man game, what a band who have full of love for Pac-Man. 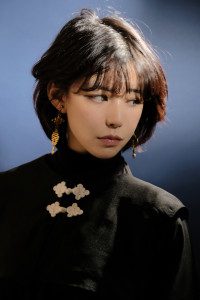 The other group, DiAN, is a unit formed by a Japanese creator, A-bee and immi, who are not only active as artists but also as composers and arrangers, with the vocalist Shizudenba Saku, a multi-creator from Beijing, living in Tokyo who has a mysterious presence.

They have created 2 songs [TAOTIE] and [PAC-MAN Fever] this time.

The song [TAOTIE] is a hip-hop track featuring a rap by Xiao Laohu (J-Fever) and songs written in Chinese by Saku.

Same as vol.1 & 2, the covers were designed by The Designers Republic™, a UK-based design studio that has developed a worldwide following and has designed jackets for many techno artists, including the logo for Warp Records in the UK and Aphex Twin, as well as for the WipeOut series of games and Grand Theft Auto.

Mastering was done by Yoshinori Sunahara, who was a member of Denki Groove from 1991 to 1999 and is now highly regarded not only as an artist but also as an engineer.

Once you hear it, you won’t be able to forget it, and the magic of various artists has brought the PAC-MAN sound to this 40th anniversary. We hope you’ll be able to pick up your favorite from this fall’s 40th-anniversary compilation album of PAC-MAN. 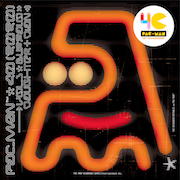 *The price may vary depending on the release site.

Buffalo Daughter [Dots In The Maze]