KEN ISHII × PAC-MAN The strongest tag-team of world-famous DJ and character from Japan, will be releasing a brand new 7 inches!

KEN ISHII x PAC-MAN, the strongest tag team of world-class DJ and character in Japan!
RECORD STORE DAY 2020 (RSD Drops) Official Items
Includes the music that was used in the athletic VR game “PAC-MAN Challenge”, as well as a club mix of the official theme song for the 40th anniversary of PAC-MAN. Created by the “Techno God of the East” KEN ISHII. 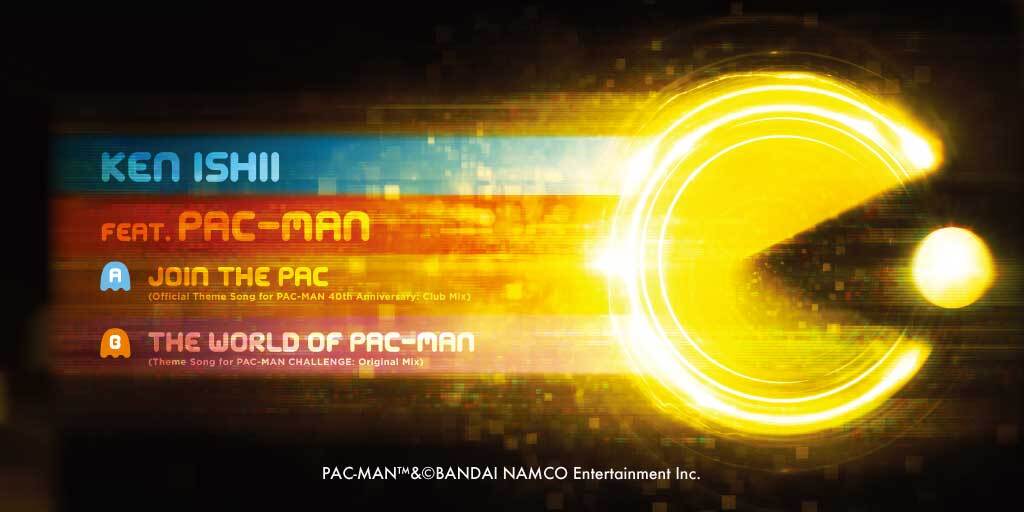 *This product will begin shipping from September 5th, 2020.

BANDAI NAMCO Entertainment Inc. will celebrate the 40th anniversary of PAC-MAN from January 2020 to December 2020 as the Pac-Man anniversary year, with a worldwide project based on the theme “Join the PAC”.

The official theme track for the 40th anniversary, “JOIN THE PAC”, was created by KEN ISHII, also known as the Techno God of the East.
His video clip for the song “EXTRA” (directed by Koji Morimoto, the animation director of the movie “AKIRA”) won the “MTV DANCE VIDEO OF THE YEAR” award in the UK, and he is one of Japan’s proudest techno artists. A special music video has also been produced and is now available to the public!

The music video for “JOIN THE PAC” is directed by Yuichi Kodama, the chief video director of the flag handover ceremony at the closing ceremony of the 2016 Rio Olympics. He also created “UNICLOCK” the UNIQLO web ad, which won the Grand Prix at the Cannes Lions International Advertising Awards, the Clio Awards, and the One Show in 2008.